Table Tennis Champion with Down Syndrome to participate in a major tournament.

Cindy Engelbrecht (30) from Centurion, South Africa has never let her Down syndrome diagnosis hold her back from achieving her dreams.

Despite the limitations placed on her at birth and doctors saying that she will never be able to do anything by herself, Cindy has in 5 years become one of South Africa’s top Down Syndrome Field Athletes with the support of her family and her school, Club 21.

At the Sports Union for Athletes with Down Syndrome (SU-DS) World Championships in Athletics, Cindy represented South Africa in Portugal, making the top 3 for shot put, discus and javelin. Making South Africa proud, she brought home 2 silver and bronze medals. 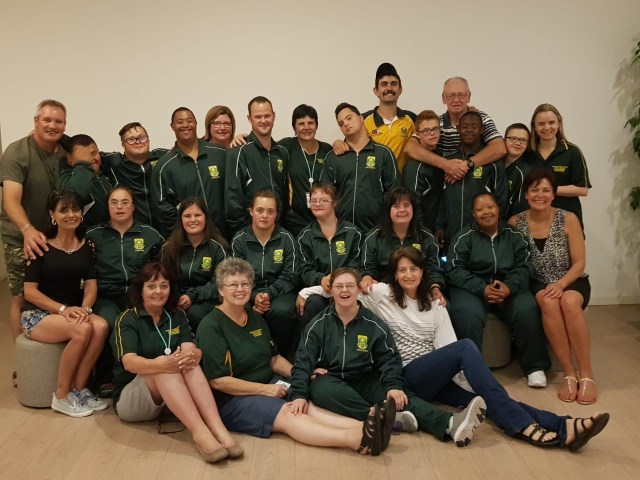 Pictured above: Dressed in green and gold, Cindy and her team celebrate victory after the World Championships in Portugal.

“Cindy is fearless and has a can-do attitude. Sport is a big part of her life and every time we think she can’t get any better, she passes our expectations and sets new goals. She keeps striving to be the best she can be and at the same time she motivates fellow contenders to be their best” says proud brother, Jean Engelbrecht (36)

As Cindy’s family is unable to cover the cost of the tour to Cape Town, a campaign has been created on donations based crowdfunding platform, Backabuddy to appeal to the public to keep Cindy’s dream alive. 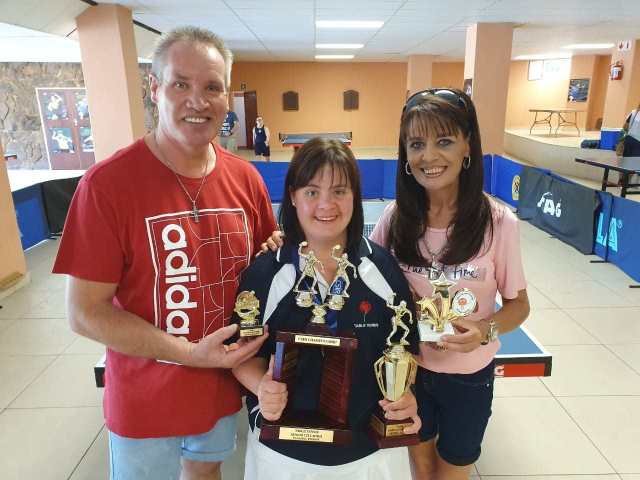 The campaign went live on 13th of February and has thus far raised a total of R 4 907.88 towards the fundraising target of R7000  with contributions from 10 donors. Funds raised will be used to cover Cindy’s transport, accommodation, food and a planned tour with her team. 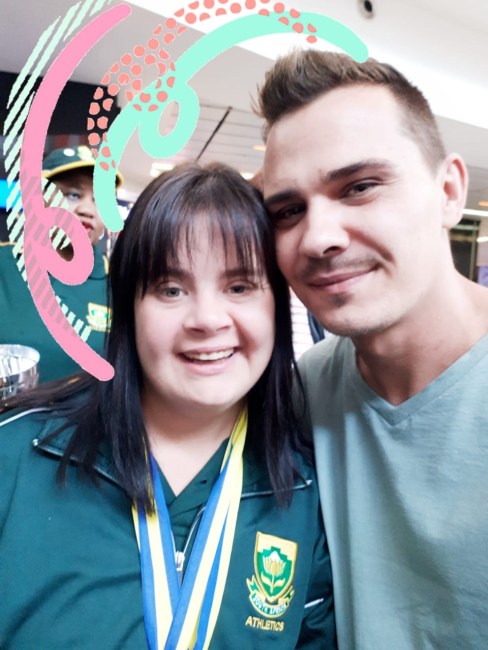 Cindy with her brother, Jean.

With the support of occasional sponsors, Cindy has been fortunate to attend Club 21, a special needs school devoted to Down syndrome individuals, that teaches speech therapy, lifeskills,  computer literacy and focuses on sport over and above the curriculum. Any additional funds to the crowdfunding campaign will be used to support Cindy’s schooling.

With their campaign, the Engelbrecht family hope to raise awareness around Down syndrome and demonstrate to the public that with a loving home, medical care and education, individuals with down syndrome can live long purpose-driven lives.

“Apart from being a great sportsperson, Cindy is also a skilled painter and an impressive singer. My sister has shown me that with acceptance, support and a big heart, people with Down syndrome can achieve anything they put their minds to.  When I tell people that Cindy has Down syndrome they are often shocked because she is just like everyone else. ” – says Jean