Cyclists ride to raise awareness for Down syndrome 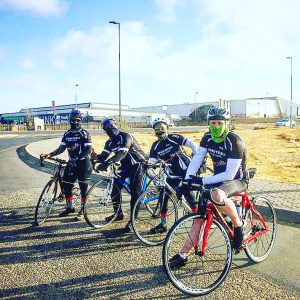 Down Syndrome South Africa (DSSA) hosted a provincial charity ride to raise awareness on the condition and to raise funds for families that also needed public protective equipment (PPE).

On Saturday, August 8, 18 cyclists in Gauteng, Western Cape, Mpumalanga and Eastern Cape covered 80 – 100km in the #RIDE4DSSA charity challenge to raise awareness and collect PPEs for children and their families.

Prior to the event DSSA shared a video clip on social media, that highlighted the importance of the event and public support to DSSA and individuals with Down syndrome.

DSSA’s partnership with businessman and cyclist Zuki ‘The Evangelist’ Mxoli also helped with the preparations of the event when it came to promoting the event to cyclists outside of Johannesburg.

“The main objective of the ride was to create awareness, a conversation about thousands of children and adults with Down syndrome in SA who have been greatly underestimated and stigmatised,” says Anjellica Ramjas, national director of DSSA.

“Sport brings people together and can reach a wider audience as the majority of individuals are passionate about sport,” she says.

United through philanthropy and their love for the outdoors, cyclists were looking forward to achieving set goals such as losing weight and maintaining a healthy and active lifestyle.

“This year I bought a bike and just told myself that I am going to do it,” says Arthur Ngamla Mbambo from DSSA Team Gauteng. He says that he has lost 10kg since February and managed to complete 100km. “The fear of failing kept me going,” he laughs. 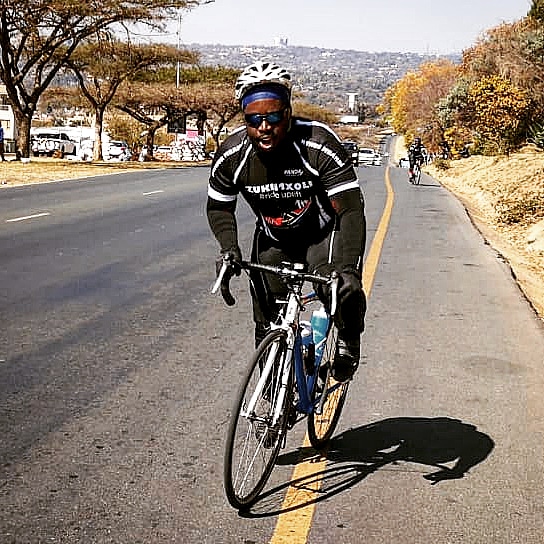 Businessman Mxoli says he enjoys doing community work and empowering communities and individuals using either his skill as an architect or as a runner by dedicating his races to charities and fundraising for them.

Under normal circumstances, charities would look forward to networking with the public and corporates at the event to encourage them to consider sponsoring more events and including DSSA in upcoming CSI programmes, but that was not the case for #RIDE4DSSA this time around because of the coronavirus pandemic.

However, this did not stop their employees from participating in the race which ended up raising R4 410.

DSSA is planning the next event to promote national Down syndrome awareness month in October. The organisation will host a 2.1 – 21 km virtual run and virtual walk to represent the chromosome 21.